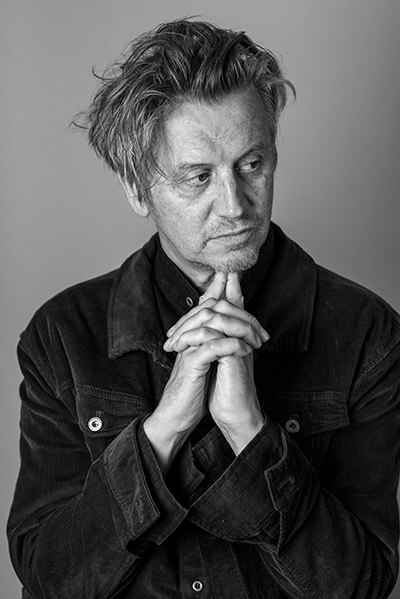 I’m a composer-musician based in Helsinki. In a world where everybody tends to be specialised I’ve managed to make music with quite a wide palette. I’ve worked in a variety of genres and have had many different roles in the process of creating music. From teaboy (not really) to conductor. I count 1997 as the year it went from being a life consuming hobby to becoming what I do for a living. That’s when I started working for the production company Talking Heads who had by then already been making documentaries from all around the world for a few years. The leap from documentaries to fiction was just around the corner. Soon I was composing not only for drama but also for theatrical plays. I would offer my services everywhere somebody needed music for something. Songs, jingles, signatures, installations etc. I was always playing in bands as well. Before and after 1997. Gycklarnas Afton, Good Evening Manchester, Jupiter Park and STRAND being some of them. Some were semi professional backed by record labels, going on tours and everything that comes with it. Some were even less successful. It hasn’t always been just a smooth ride on a wide open road. But I was always in it for the joy of making music and performing to an audience anyway and I wouldn’t want to be without all the memories and experiences I can now think back upon. The essence of what’s really me, musically, You will find on the records released under my own name in later years; “och jag hör musik” and “Den blåa skogen”.

I was self-taught when I started out. I had to be. Where I grew up there was really no one to learn from and nowhere to turn to if you wanted to know about music. Learning to play the guitar myself led to me passing it on to my closest friends and then trying to figure out how to make our band sound good. Then how to record ourselves and make that sound good. There wasn’t always a keyboard player or Hurdy Gurdy guy around so I picked up a few instruments as I went along. If I had a business card, it would read; songwriter, artist, musician, producer, arranger, mixer etc.
Part of my philosophy has always been to pass on what I’ve learnt. And I’ve learnt through trial and error. Thus teaching music, ensemble playing and songwriting has been on my agenda ever since 2006. I was then involved in starting up the Music Class at Ålands Folkhögskola and also led that course for 2 years. I have since held courses at certain intervals.

I would now like to invite you all to look and listen. Click on the tab Music or choose from the different genres (Pop&Rock, Film&TV, Theatre & Other) to hear a few examples of my music. Click on Videos to watch a few of the videos or the Showreel of my music for films and television. Don’t hesitate to get in touch with enquiries.